As a new member of CIETA I would like to share with you the story about Lab O,the project that made me become a member of this precious organisation.

My weaving studio is since 2000 in the charming little town of Odemira near the South-West coast of Portugal. I have just published this post on my blog  (www.labo.pt ) about Lab O, a laboratory for handwoven canvas. 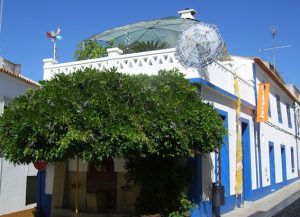 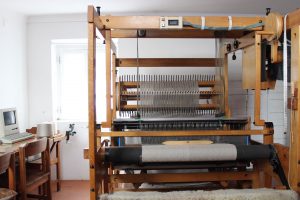 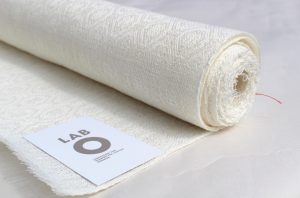 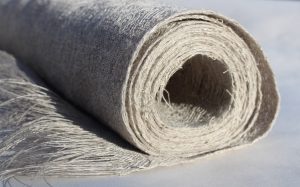 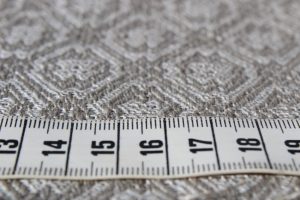 El Greco painted ‘The Burial of the Count of Orgaz’ on a canvas with a pattern. I did not know that until I was alerted by a Spanish visiter to my atelier in 2015.
In a project that originated in the ‘Erasmus for Young Entrepreneur Programme’ we had started to weave painters canvas with a pattern. It was my curiosity to know why painters canvas is in plain weave, as I thought, and I was convinced that a pattern in the first layer of a painting should be of influence.
I had to go to the deepest caves of the internet after the visitor had left the names of El Greco, Maíno and herself, but found a theses about canvases as used in European Painting in XVI XVII and XVII century. A Spanish document.
When I saw the weaving draft of the canvas there as used by El Greco, I made a little jump: I knew immediately that I could reconstruct that pattern on my hand loom and I also felt that it would have a great impact to do so.
I am trained as an histological-pathological technician and have been connected in the past to research on muscle pathology in mice. A histochemical study that later extended to other disciplines.
Coming back to research was a very important moment while running my own studio for handweaving in the South of Portugal. I came accross a XVI century German weaving book and later a CIETA publication in which also thread count of warp and weft of the canvas was given. The very first question that comes up when seeing and touching the textile is: ‘Why did El Greco use this canvas? ‘ It shows that bringing to life the layer that has been hidden for centuries between the paint and the lining canvases triggers us to find answers…

I include pictures that guide you through the process of the project about the El Greco canvas reconstruction.
Thank you, Helena Loermans

3 reconstruction of the canvas

4 reconstruction of the canvas

5 reconstruction of the canvas